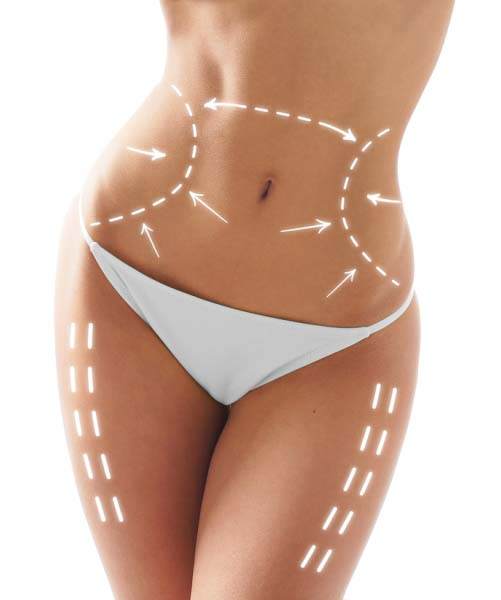 Liposuction surgery has been practiced in the United States since the early 1980′s. It is an effective method of removing isolated areas of fat deposits to better contour the body, arms, legs, and face. Liposuction is not considered a weight loss intervention. The procedure involves the removal of fat using instruments called cannulae, which are placed under the skin into the fat layer to either liquefy and/or suction fat.

Since the introduction of liposuction in the early 1980′s, several new technologies have developed. Ultrasonic liposuction (UAL) using ultrasound energy to emulsify (melt) fat was popularized in the mid 1990′s. Power assisted liposuction (PAL) using electric powered cannulae was introduced shortly afterward. These newer technologies have made liposuction surgery less physically demanding on the surgeon and have improved results in certain areas of the body, such as the flanks and breasts in men, where fat is more fibrous in nature. However, conventional liposuction continues to be used successfully in all areas of the body.

Liposuction surgery may take anywhere from less than an hour to several hours depending on the number of areas to be treated and the amount of fat to be removed. The procedure may be performed under local, sedation or general anesthesia or a combination of the three. The greatest advance in liposuction was the development of the tumescent anesthetic solution and the performance of tumescent liposuction. Virtually all techniques of liposuction include the use of tumescent local anesthesia. Tumescent anesthesia fluid contains both an anesthetic and adrenaline, which acts to minimize bleeding during the surgery. This technique of anesthesia has greatly improved the safety of liposuction. The procedure is performed through small incisions (2-5mm) placed strategically so that they remain well hidden.

For the first day or two after surgery, there is a significant amount of fluid leakage from the small incision sites. This generally stops by the third day and consists of residual tumescent fluid, small amounts of blood and lymph/edema (like skinning your knee). It is helpful to have some old towels ready for your postoperative recovery to absorb the drainage. You will also be required to wear a compression garment (girdle, sleeve, legging) for a period of time after surgery, which may range from 1 to 6 weeks depending on your plastic surgeon’s practices. Regular clothing can easily be worn over these garments for return work. Exercise regimens can usually be resumed 1 to 2 weeks following surgery. Returning to work will vary, again depending on the amount of surgery performed. Don’t be surprised if you notice a weight gain for the first six weeks following surgery. This is the body’s response to the trauma of surgery.

By six weeks you will be able to appreciate the majority of your new improved contour, but the absolute final result may not be apparent until 6 months after surgery. Liposuction is also not a license to eat. Some fat cells are always necessarily left behind and these cells can grow if there is significant weight gain following liposuction. Exercising and good dietary habits will maintain your results for many years to come.

What is Liposuction surgery?
Liposuction has essentially become a household word in today’s society. There are very few people in America and even the world that are not familiar with, at least the general concept, of removal or reduction of areas of fat on the human body. Liposuction has consistently been in the number one or two position of the most commonly performed plastic surgery procedures in America for the last 2 decades. Liposuction is actually a broad term, that now includes many different techniques and technologies to remove areas of unwanted fat from the body. The wide array of techniques differ in many aspects, including the type of anesthesia used, the type of machine used, internal versus external liposuction and several other nuances. The best “type” of liposuction for your specific concerns can be determined in consultation with an American Board of Plastic Surgery board certified plastic surgeon.

Liposuction what to expect?
Expectations from liposuction are and should be very high. It’s safety and extreme effectiveness continue to produce consistent, highly satisfying results that keep liposuction at the top of plastic surgery procedures across the country.

Liposuction procedure steps
The steps to obtaining a beautifully enhanced and reshaped body, arms or thighs through Liposuction surgery begin with your decision to seek consultation with an American Board of Plastic Surgery board certified plastic surgeon. In my practice, the first consultation includes a discussion of your goals and expectations, a physical examination to determine your actual needs, the most appropriate technique of liposuction to match those needs and the feasibility of liposuction surgery for your particular situation. Once you have made a decision to schedule surgery and are deemed a suitable candidate you will return for a second, or, pre-operative visit. During this visit final plans are designed, measurements and photographs are obtained and the surgery is scheduled. Instructions for the days immediately preceeding your liposuction are also given, including what to eat, medications to take or discontinue, blood tests to obtain and whether medical clearance is required or not.

Liposuction candidates
Virtually everyone is a candidate for liposuction. The best candidates are those that are close to their ideal body weight with localized stubborn areas of fat that will not respond to diet or exercise. Liposuction is generally not considered ideal for obese patients, but sometimes it can help certain areas within reason, and perhaps improve body image enough to motivate a diet and exercise program.

Liposuction recovery
Recovery after Liposuction surgery is highly variable based on the amount of surgery, the anesthestic used, and the technique of liposuction. In general, Liposuction is a relative “no downtime” operation. Walking is encouraged and expected on the same day of surgery. There is discomfort for the first 3-5 days, which is easily tolerated with the use of pain medication, sometimes as mild as Tylenol. Drains may be placed during the surgery, depending on the areas treated and the amount of Liposuction performed. These may stay in place for 3-5 days on average. After tumescent Liposuction, where a large amount of anesthetic fluid is injected into the areas to be suctioned, there is usually a 24 hour period of fluid drainage from the small (1/4 inch) liposuction incision sites. My patients are permitted to shower within the first 2 days following surgery, even with drains in place. Return to work and light exercise are usually possible just a few days after, and sometimes even the same day of Liposuction. Of course, this is dependent on the amount and type of Liposuction performed and the type of work. Driving can usually resume a few days following surgery, as long as no narcotic pain medications are being used.

Liposuction results
Results of Liposuction surgery are almost universally satisfying. The improvement in the contour of the abdomen, hips, waistline, back, arms and thighs can be phenomenal and almost immediately apparent. However, ALL of my patients are cautioned that the absolute FULL final effect of the Liposuction surgery will not be apparent until 6 months following the procedure. This is because the full skin tightening and full internal scarring softening will take that long to complete.

Liposuction post-op
The post-operative course after Liposuction is relatively straight forward and uncomplicated. After surgery, you will find yourself in some sort of a compression garment or binder to control swelling. If the tumescent technique of anesthesia was used there will be some residual anesthetic fluid drainage from the small incision sites for one day. This drainage is usually controlled with gauze dressings and absorbent pads. It is recommended to have some old towels and sheets available if large amounts of liposuction are being performed. Removal of the dressings and garments and showering can usually be done on the day after surgery at home. The first return office visit following liposuction surgery is typically within the first week post-operatively and subsequent visits and activity instructions are guided from there.

Your liposuction consultation : “what to discuss”
Communication with your chosen American Board of Plastic Surgery board certified plastic surgeon is essential to receiving a Liposuction result that is consistent with your expectations and goals. Your surgeon will likely guide most of the discussion, but be sure to ask questions such as, “Am I a good candidate?, What can I expect as a result?, How many Liposuction surgeries have you performed?, What is the scarring like?, Are you American Board of Plastic Surgery certified?, What is the recovery like and when can I return to work?”

Choose a liposuction surgeon you can trust
Plastic surgeons certified by the American Board of Plastic Surgery have been through rigorous training and an extensive examination process to receive the certification that insures that you are in trustworthy hands for your planned Liposuction surgery. No consideration should be given to any surgeon without these credentials. 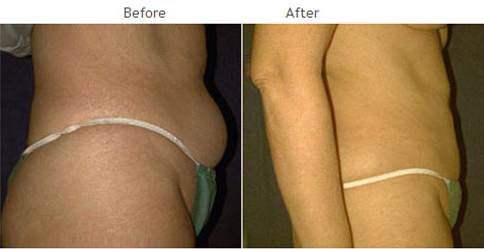 More Liposuction before & after photos

submit your request for a FREE consultation with Dr. Kenneth R. Francis